Located within Paluma State Forest in North Queensland, Hermit Creek is just northeast of Hidden Valley and flows into Running River. Here, you can find both Benham and Hermit Falls. Hermit Creek was previously called Prospector's Creek but was later renamed due to the confusion with another creek of the same name nearby. Then, parallel to Hermit Creek is Benham's Track, which is now a dirt road that goes from Paluma Dam to Hidden Valley. Access to these areas is either via Paluma Dam (Paluma Range National Park) or the Hidden Valley side of Paluma State Forest.

The Benhams were among the first Europeans to explore and inhabit what is now Paluma Range National Park, and so it follows that many local place names in Paluma commemorate members of the Benham family. For example, a peak in the Paluma Range near Mt Spec was named Mt Benham. A scenic point near Witts Lookout was named Benham's Lookout; however, it was unfortunately closed by the Department of Environment in 1999.

Benham's Creek runs to the north of Paluma behind the Community Centre – about 200 meters along the Andree Griffin Track starting from the toilet block – and forms the southern boundary of Mt Spec National Park (now Paluma Range National Park). Benham's Creek has its own concrete weir (including a resident platypus) and eventually flows into Cloudy Creek. You can access the start of Benham's Creek near the Rainforest Inn and the High Ropes Course and follow it behind the houses on the northern side of Mt Spec Road, which is the main street in Paluma. Then you can proceed along the creek, behind the Community Centre, and then it continues parallel to Smith Crescent.

Nicknamed 'possum', Arthur Benham is credited for clearing 'Cloudy Clearing', which is now known as Paluma Village, after it's Aboriginal name. Some believe that, when the Benhams were setting up Cloudy Clearing, they were simply improving upon an existing Aboriginal campsite. It is hard to say for sure, however. Even though the Benhams were among the first Europeans in the Mt Spec-Paluma area, there are few historical reports that suggest they communicated with the local Aboriginal people.

The first portion of Benham's Track was cut from Hidden Valley into Mt Spec in the 1890s. The next section connected Mt Spec with the Benham brothers' mining activities in Cloudy Clearing. Arthur Benham is also credited with blazing a track from Cloudy Clearing down to the coast, passing near Mt Spec and the 'Mango Tree' at the base of the range. Later, other tracks were established connecting the Mt Spec area to the coast at Moongobulla (Ollera Creek).

A section of the Benham's Track was further improved by the Gorringe brothers to wagon road standards. At the time, this was one of few roads of that standard through the Paluma rainforest.

Part of the widened Benham's Track was used to access the Swamp Creek dam site when Paluma Dam construction began in the 1960s. Now, the dirt road is only partially trafficable and only under a Forestry permit.

Indeed, most of these tracks and lookouts were initially established to catalyse the exploration, and eventually transport that was needed for tin mining. Arthur, with partners MacDonald and Unsworth, are credited with finding alluvial tin at Cloudy Creek at the head of the Star River in December 1892, although his first recorded claim was not registered until July 1894 at Mt Benham.

As you wander downstream of Hermit Creek from Benham's Track, the first thing you'll notice is the water race, not far from the road. Left behind from the old tin mining days, this water race, although manmade, looks amazing with the mossy sides.

The start of the creek is easy walking with a rocky granite creek bed with sparse vegetation. The creek slowly turns into a typical, stony pebble creek with no exposed rocks to place your feet, giving you the choice to either wade through the water or bush walk alongside the creek.

You may come across what may look like a clearing, which was Frederick Benham's tin-mining camp at Prospectors Creek (now Hermit Creek). This area appears on today’s maps as Hermitville.

As you continue downstream, you may notice what might be the physical remains of the logging period; massive trees felled along the way now alter the flow of the creek in some parts. Off to the sides you may see cut tree stumps. It appears as if they may have had trouble removing the trees from the area. Could they have tried floating the them down the creek???

This walk is very flat with very little elevation change. However, the creek is deep in some parts. You may find yourself having a refreshing swim.

Then, the creek opens back up to large granite slabs, allowing easy walking alongside the creek, and the vegetation changes from rainforest to bushland. The she-oak forest and woodlands are a welcome change. This part of the creek reminds me of the Running River, as it has large, exposed granite slabs, which can be perfect spots for snakes to sun themselves.

Hermit Falls is a spectacular sight to see and offers refreshing swimming areas.

Take note of the numerous cow pads around the area and seriously consider sterilising your water before drinking.

This walk is possible – return – in one day, but if you want to do it as an overnighter, there are several nice places along the way to rest and camp.
You could also just visit Hermit Falls from Hidden Valley. Or, you could visit Benham Falls from Paluma Dam. Each of the latter options would take approximately two hours return.

From the Paluma Dam car park, cross the dam wall, and walk 3.5 km on the dirt road, taking the left fork toward Hermit Creek. Follow the creek for 10 km past the waterfalls. Make your way 11 km back to the dam via Benham's Track.

Drive through Hidden Valley onto Mt Fox Road until you reach the National Park's signage – "No vehicle entry without permit." Park the cars here. Or, you can find a nice spot on the banks of upper Running River where you can swim, have a picnic, or camp.

Walk along the dirt road (Benham's Track) for about 20 minutes, and then take a slight left uphill to the QPWS gate. From here, it is only 300 m walk down to the creek, a gentle stroll downhill through open woodland, and then down to the creek. At this point, the creek is flat and bit scrubby, but it then opens up with rocks and walking becomes much easier.

Continue around the bend to see a great waterfall system, Hermit Falls. When there is a bit of water flow, it truly is an outstanding sight! This multi-tiered waterfall system also offers some good rock scrambling and swimming opportunities.

Best time of year to go?

Just after the wet season is the best time because it has already started to cool down. Furthermore, the falls look beautiful with a large volume of water flowing through them.

Here's an interactive map of the area. I suggest that you do a loop from Paluma Dam down the creek and back along the dirt road (Benham's Track).

For more history of Paluma, a good read is Paluma The First Eighty Years 1870s-1950s. 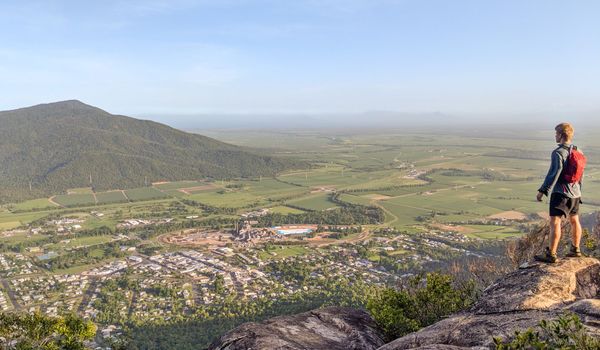 Mt Tyson rises 687 m behind the township of Tully. This well-worn track takes hikers through tropical rainforest and eucalyptus scrub, climbing up the ridgeline to the summit where they will enjoy panoramic views of Tully township and a mosaic of cane and banana farms, the coastline and islands. 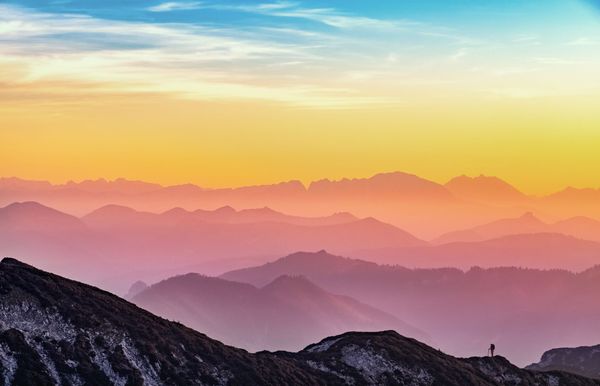 Getting outdoors is truly something special, and going out at least once a week is so enjoyable. Discovering a new canyon, a cool rock formation in the middle of nowhere, or a complete caving system can give you thrills just thinking about it.