The abandoned Greenvale Railway Line transported nickel from the Greenvale mine to a smelter at Yabulu near Townsville. This area has become increasingly popular with social media of photos of Palm Tree Lookout (also written as Palm Tree Creek Lookout) and Hervey Range Train Tunnels.

Here's an interactive map of the route:

How to get to The Tunnels and Palm Tree Lookout

The trail starts near the sign near Pipers Lookout. There is a dirt road on the Tea Rooms side.

Follow the dirt road downhill and then take a left fork crossing the intermittent stream. Walk up the dirt track to take another left steeply up to the Greenvale Line and to the start of the tunnel.

Follow the abandoned line north passing through the tunnel and eventually arrive above Palm Tree Lookout (The drains are between the first and second tunnel).

Locate the drain pipes just uphill on the western side and then walk through the drain to reach the rocky dropoff of Palm Tree Creek.

You may continue along the Greenvale Line to pass by collapsed tunnels, remains of carriages, metal, the rock, and eventually come to the Black River bridge.

Construction of the Greenvale branch of the railway started in the 1970s. The main purpose of the Greenvale Line was to transport nickel from the Greenvale mine to a smelter at Yabulu near Townsville, which was called the 'Palmer Nickel and Cobalt Refinery'. Mining at Greenvale took place between 1974 and 1992 during which nickel laterite ore was transported to the Yabulu refinery by rail and processed up until 1993. At that point, the mine had ran out of ore, and the Greenvale Line was closed. The railway line tracks were removed in mid-2000, but the bridges, cuttings, blue metal and easement remain. In 2016, the company that used to operate the line, Queensland Nickel Industries (QNI), entered voluntary administration.

Interestingly, some of the longest trains in Australia were pulled along the Greenvale Line, back in the day.

Before the railway tracks were removed, there was an attempt to preserve a section as a tourist line through Hervey Range, but that fell through, and the rails were removed, as mentioned above. There was also some talk about the line being turned into a walking track, but to date, nothing has come from that idea. This may largely be due to safety reasons. In fact, in August 2015, one of the tunnels collapsed due to a landslide, which resulted in the tunnels being closed. Now Queensland Government signs that read "falling rocks" and "no entry" are posted near the entrance of the tunnels. The Hervey Range Quad Bike Tours and the four-wheel driving clubs have even stopped operating in the area for these reasons.

The Townsville Rockwheelers used to ride these undulated single tracks through the deserted tunnels. Indeed, many may agree, the best way to explore these tunnels was by mountain bike; it was fast and efficient, and in the afternoon until sunset, the shaded mountains provided the perfect atmosphere. But, like the walking, quad bike, and four-wheel driving groups, the mountain bikers have also stopped using these areas due to safety concerns and the closure.

The Queensland Department of Transport and Main Roads manages closed rail corridors across the state. The Greenvale Railway Line is state-owned land, and the closed rail corridor is not open for public use. Additionally, it is not safe to traverse the line due to unstable terrain, one partially collapsed tunnel, and the bridge is not safe for walking.

Note: permission/permits may be required to access parts of this area including, but not limited to the Greenvale Railway Line, The Old Highway, The Range Hotel, Mount Luke Mine, and Tabletop Station. 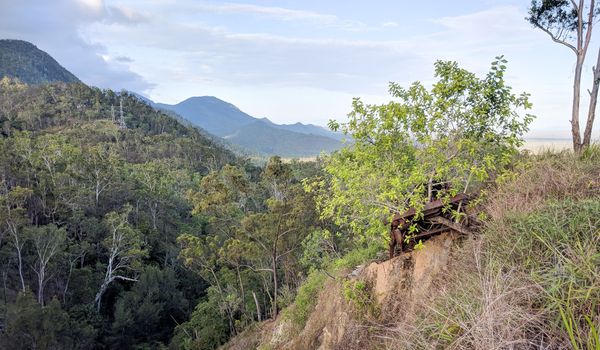 The old Hervey Range Road, now known as Page Road, is one of the few surviving examples in the region of a roadway dating from early European settlement. This was the initial route from the port of Townsville to the hinterland. 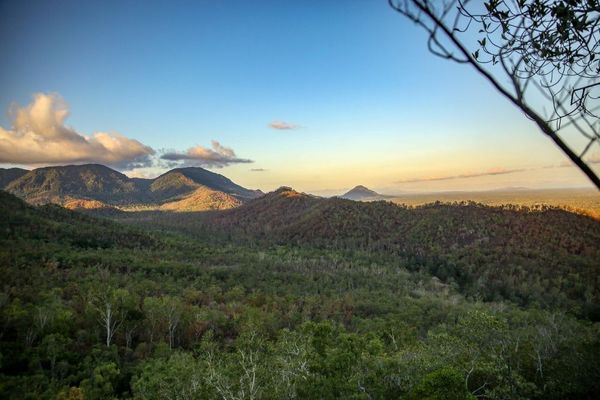 The Hervey Range area has much history to offer, and it doesn't take you too far off the beaten track. Hervey Range Heritage Tea Rooms and the old train tunnels are the most popular sight to see in the area.