Finally! Ever since I've seen the pink topless cars overtaking me effortlessly while I struggled riding my bike up the hill on Magnetic Island, I wanted to once be the person in the car. On Sunday we treated ourselves and rented a Mini Moke to spend a pretty much perfect day on the island...

The only part that both of us didn't enjoy that much was getting up early. Eew. We caught the 8.45 Sealink ferry which was still a pretty good effort for us.

Once we arrived at Nelly Bay we walked the few metres to the car rental place where we had booked the Mini Moke. We filled out all the forms and got the Mini Moke. However it was blue and Luen insisted on a pink one (Boys!). So instead we got the keys for a pink one and off we went.

Driving around in a Mini Moke

We had so much fun driving in a topless car that at first we were a bit clueless where to go. So we just went around the streets for a little bit. Next stop was Picnic Bay where we noticed - we packed the camera (good), it was fully charged (good), it had no memory card (not so good). A typical Anna move - carried out by Luen who was in charge of the gear that day.

Next stop then the News Agency where we bought a memory card. From there we drove to Geoffrey Bay. At Geoffrey bay we met a dutch backpacker who helped us make friends with the wallabies. He had food - we didn't. However, there are only certain things that the wallabies should eat - the information chart at Geoffrey Bay explains it all.

To not appear all too lazy we went up to the Sphinx lookout - it was midday around then and it got really hot - it's the Tropical North, Australian summer after all. The views from above are beautiful but the sun was burning, so we decided it'd be lunch time.

We found a shady spot at horseshoe bay where we ate the delicious sandwich which Anna, being in charge of the food had prepared (good job!). We went for some lazy swims and rested for a little bit.

Eventually it was time for a coffee which we enjoyed lounging on the couch at the Nourish café. We also had a fresh juice which tasted amazing - pineapple, orange, kiwi. I think I need to buy a juicer.

Next, Luen saw a pathway leading into a forest that he had not been on for a while - had to check it out of course. It lead to an open field where we saw a kangaroo grazing and had some pretty special light with the hills in the background.

Making the most of our car we went all the way across the island again to Picnic Bay for a swim and stroll on the pier. When we rented the car the guy told us that we'd have only 40 kms included - but we shouldn't worry about it since the island is only 12 kms in length and most people drive a lot less than 40 kms. I have a feeling we might have well driven over 40 kms. It was just too much fun driving around in the moke. Every hill that we drove up reminded me of riding my bike around Maggie and I smiled and told Luen for the 50th time how much I am enjoying the car.

Our day was topped off by a perfect sunset which we enjoyed on the top of a rock. Well, I did more of the enjoying part while Luen tried to get some nice shots with the drone in super windy conditions. It is still alive and with us though, which is good.

Once the sun was gone and it started getting dark we decided it was dinner time. I had booked a table at Barefoot in horseshoe bay - so we went all over the island again.

We got a table in their lovely outside garden which is lit by candles and surrounded by lush tropical plants. The food was beautiful and we even spoilt ourselves to some dessert. Being as well prepared as we always are, the batteries were flat by then - so no pictures of our dinner. 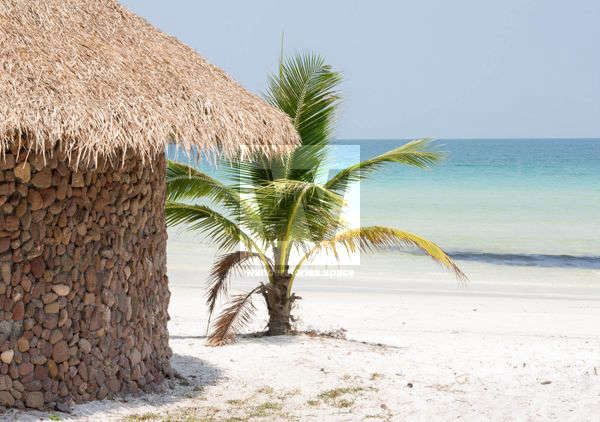 Koh Rong Samloem was one of our Cambodia highlights. However, it was one of these places that we did not plan on going to. We had planned to visit Koh Rong an island just of Sihanoukville but other backpackers told us about it's lesser known and quieter sister - Koh 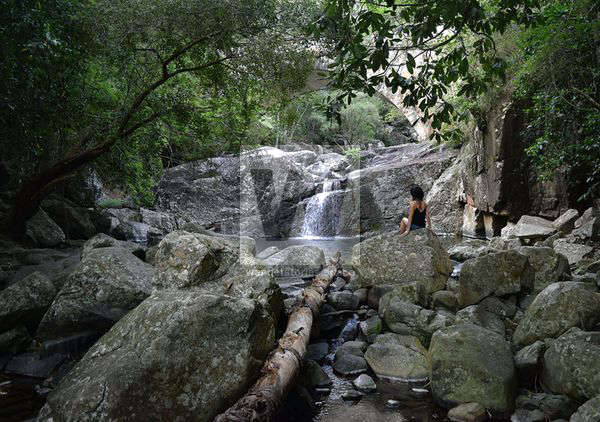 Last Saturday we went up to Paluma. We explored Little Crystal Creek for a little bit, went to the Paluma Village and then, equipped with our sleeping bags, went for the surprise hike that Luen had planned. How to get therePaluma is about a 1.5 hour drive from Townsville.