The Herbert River is a river located in Far North Queensland, Australia. The southernmost of Queensland's wet tropics river systems, it was named in 1864 by George Elphinstone Dalrymple explorer, after Robert George Wyndham Herbert, the first Premier of Queensland.

This trip will take you on a journey down Broadwater Creek; down small rapids (class 1) and through peaceful rainforest where you feel a sense of serenity. Look up and take in the sounds of birds chirping and flying around overhead. The bird life on this trip is amazing and highly recommended for any bird enthusiast but it's also a perfect trip to relax and unwind and allowing the current take you downstream. I saw a few Kingfishers, a magnificent purple and orange bird, flying around; It's just stunning!

You may come into some problems like fallen trees across the creek or poking up out of the water. It's easy enough to carry you kayak around them or find a way through.

There are some points of interest along the way, like the concrete bridge halfway down stream and an old flying fox into the water.

Check out these guys that got a helicopter up to the top and whitewater kayaking down.

Drop bike off at bridge.
Drive with kayak to Broadwater
Kayak 20 km down stream
Leave kayak at bridge and ride 17 km to Broadwater
Get car and pick up kayak on way back out

Drowning hazards, being impaled in sticks, knocking your head when going down rapids and getting caught under a log are all real possibilities. Also be mindful that there are Saltwater Crocodiles in the Herbert River and they may venture up into Broadwater Creek. 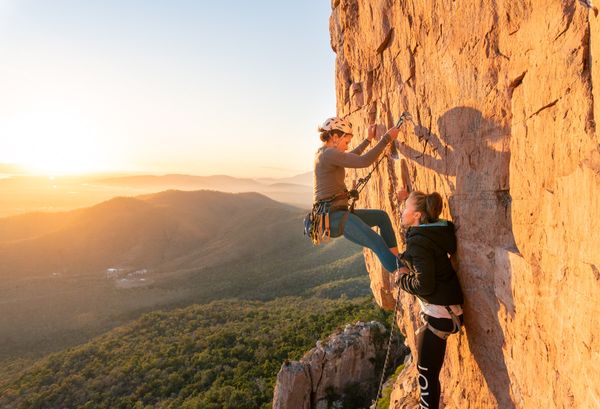 Townsville is the perfect place for climbing close to the city and offers something for everyone, with most areas within half an hour drive and many different styles of climbing. 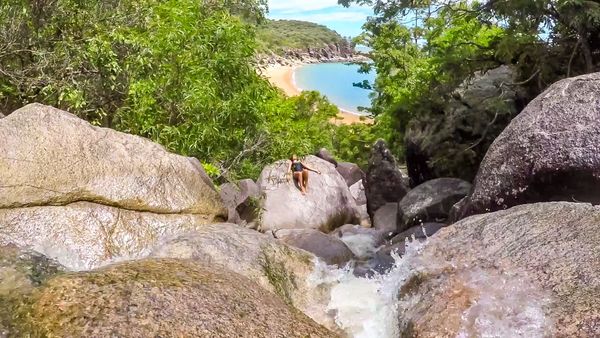 Enjoying a refreshing waterfall on Magnetic Island is the perfect day time adventure during the wet season. In the heavy rains, new waterfalls spring up everywhere around the island. Magnetic