Mount Mou'aputa (830 m), commonly referred to as Montagne Percée (or Pierced Mountain in English) and sometimes written as Moua Puta, is fourth highest peak on the island of Mo'orea and is something surreal. There is hole through the tip of this mountain that can been seen from many vantage points. Lore has it that this hole (puta) was made by Tamarua-pai (or as he is often called, Pai) who was a chief from Pape-uriri and Ati-maono and lived at Papeete, Tahiti. Pai cast his spear from Tautira, some 55 kilometres away, creating that hole and thus preventing Mount Rotui (which sends souls) from being carried off the island by Hiro and his band of thieves from Raiatea. They succeeded in detaching this portion of the island, as the two bays still testify. However, if you look closely as you drive or ride around the island, there are many holes in the mountain ranges of this rugged island. While Mo'orea and Tahiti are very popular with tourists, expect to have the mountains all to yourself.

Mou'aputa is one of Mo'orea's iconic peaks and although Mouaputa is only 830 metres in elevation, it should not be underestimated. Mou'aputa is a seven to nine hour return hike from Afareaitu, with some difficult and steep uphill scrambles, but the 360-degree panorama at the summit are well-worth the effort. If you're not up for Mouaputa, Rotui is a better alternative and still challenging.

It's also worth noting to check the forecast before going and postpone your hike is rain is expected. Holding on to a rope while ascending and descending wet rocks covered with slick mud and dangling over a 400 metre voids in the rain does not inspire confidence. Mid-height hiking boots are recommended to protect ankles and for traction on the muddy slows. Ropes and climbing gear are required to descend into the hole (and then to reascend).

Apparently, the mountain has only been climbed from the Vaioro Valley. From the waterfall, the track climbs up the steep west slopes and follows the valley and a stream through forest to the ridge. There are fixed ropes ropes along the muddy ridge that are tied to small shrubs, it's up to you if you trust them. On your descent, stop off at Vaioro Falls for a refreshing swim and a spectacular site.

July through September are the driest months and the best months for the hike. May and October are the second best months. April can go either way, but mid-November through March are very wet. This peak is dangerous during and after rain and should be avoided. There are guides available for this hike.

Car, scooter, bike, bus, or hitchhike. Bus schedules correspond with the ferry schedules on Mo'orea. If at Vai'are ferry terminal, you will want the bus heading south and to the village of Afareaitu. Then head to the northern end of the village Vaioro Stream. Walk up the Cascade Road where you will be able to see the hole in the mountain. Follow the road along the west side of the river and towards the waterfall. 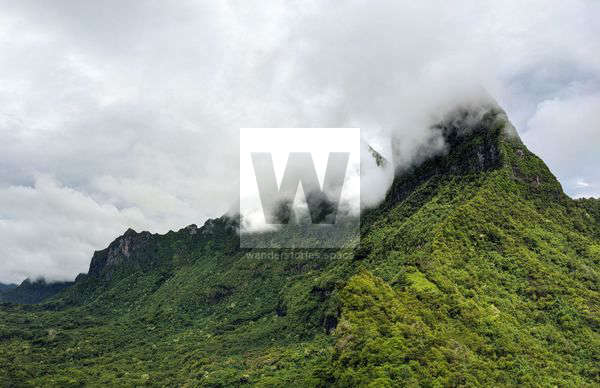 Mount Tohiea is a volcanic peak and the highest point on the island of Mo'orea in French Polynesia at 1,207 metres and is located near the island centre. 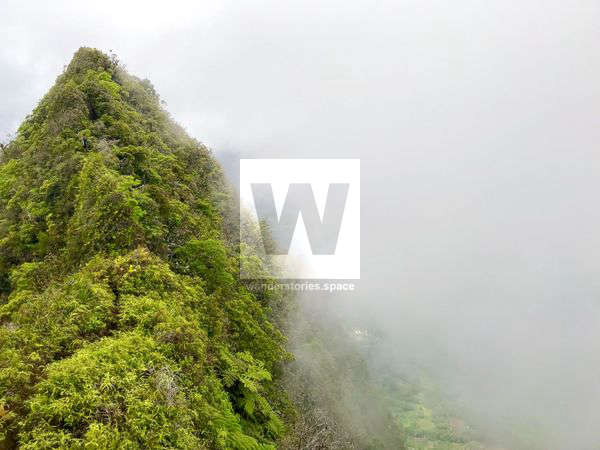 Mount Rotui (899 m) is located on the north side of the island between Opunohu and Cook's Bays. It's a strenuous hike but efforts are well-rewarded with scenic views of the island.