This creek is named after Thomas Edward Andrews, nicknamed Bullocky Tom, who was born in 1848 in Wicklow, Ireland. Andrews made his home at the junction of Big Crystal Creek and Little Crystal Creek and lived there with his wife, Ruth, and their children. After his death on 13th January 1897, Andrews was buried at Mount Ruth, a hill next to Big Crystal Creek. Andrews is well-known for the Bullocky Tom's Track which was the most-used pack-track up the coastal escarpment and provided supplies to the Mount Spec tin miners. This small creek that bordered Thomas Andrew's property was named Bullocky Tom's Creek after this early settler.

This hike appeals to those that enjoy hiking in the cooler conditions and love rock hopping up creeks. There are many waterfalls, cascades, narrow gorges, pretty boulder formations to take in during the hike. Plus there's even some flatish areas along the way to set up camp.

On the topographical maps, Bullocky Tom's Creek takes the fork to the south west towards Foxlee's Track. So for namesake, the perfect loop is up Foxlee and down the creek. After taking in the views from Foxlee's Lookout, continue along the trail to Junction 5. Before arriving, take a right (north) and follow the gully down into the creek. Enjoy the peaceful rainforest stream.

Soon, you will arrive at the first drop of many, a small and narrow five metre gorge. The scramble around left is simple and easy and you may want to bypass the next ~15 m waterfall also.

Take in the cool breeze from the falls and the shade of the valley before continuing.

Continue descending the creek picking the easier path down the small drops. Further along the creek, you will arrive at the top of the main falls – Bullocky Toms Falls. You'll feel the wind up the valley and have some views out to the ridgelines. Scramble down the right hand side of the falls.

Another 100 metres and you soon come to the major fork with a large pool. This makes for a perfect place for an early lunch before continuing.

Here are a couple suggested routes.

Photos are by Keith Dyson and Luen Warneke. 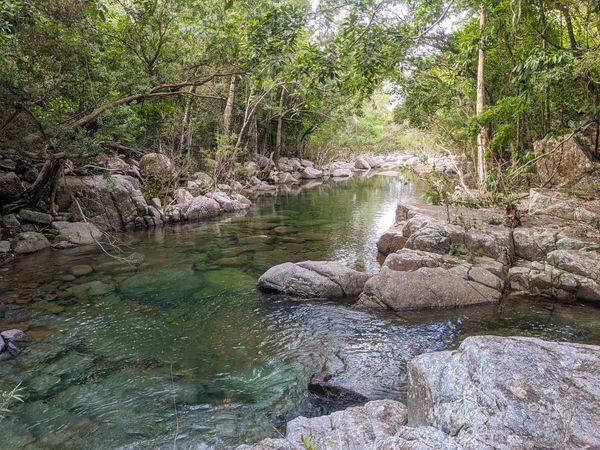 This track starts at Pace Road and follows Rollingstone Creek West Branch up via Roly Gorge and Roly Falls before ascending the ridgeline to the PRB Track. 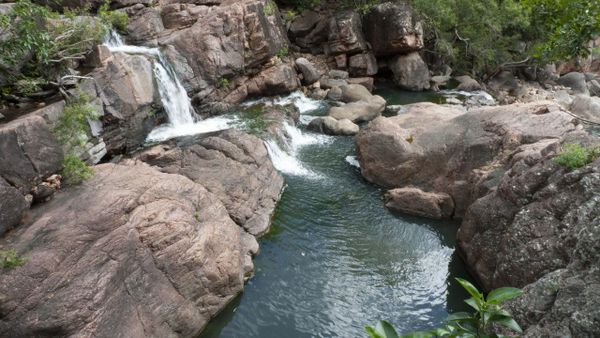 Killymoon is a pretty little creek to the south of Alligator Creek and is located within Bowling Green National Park, near the Saddle Mountain, and Mount Storth. It is not a long nor hard walk but has all the aspects of a typical creek walk.