The Jacobsen Track provided access from Ingham to the mining town of Ewan. It passed near Mount Jacobson to Hidden Valley and was the earliest of the Mt Spec tracks and the one most used. It was named after its trailblazer Sigvardt Jacobson, known locally as Sid. He was born in Christana, Norway in 1849, spent 33 years in Queensland and died on 5th July 1905 at Francis Creek from dengue fever.

Jacobson was a ship's carpenter and settled on Francis Creek where he cultivated a garden and grew the first tobacco in the area. Mining at Mt Spec, he thought the track was far too long, as it ran for about 10 miles to the Upper Stone River then back again. He decided to find a shorter way, starting at the top and coming out about 3 miles from his home on Francis Creek. There are still traces of this track now, as there is a well-graded timber road.

Today, the Jacobsen Track is a forestry road and connects Valley Rd to Pappins Rd; there is private property at either end. It was used as a shortcut and was popular with the 4WD drivers. It was the easiest way to access the "Black Hole" swimming hole and you can also abseil down to Jourama Falls.

Unfortunately, the Jacobsen Track is no longer maintained and is no longer drivable by car or motorbike. Fallen trees now lay across the track making it impassable for a vehicle without a chainsaw. Lawyer Cane, Lantana and other vegetation has spread across the track in many sections making parts of the track slow to walk along. National Parks want to maintain this track as a firefighting trail and the big problem is that it comes out on private property at both ends.

You'll need to contact land owner to request permission to pass through their private property on either end. 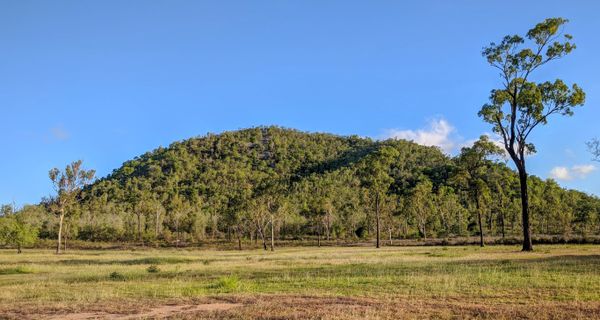 Mount Margaret developers have started construction on a walking trail that is set to rival Castle Hill. Located in Alice River next to Rupertswood, Mount Margaret provides an outlook to the coastline and a nice view of the mountain range from the summit. 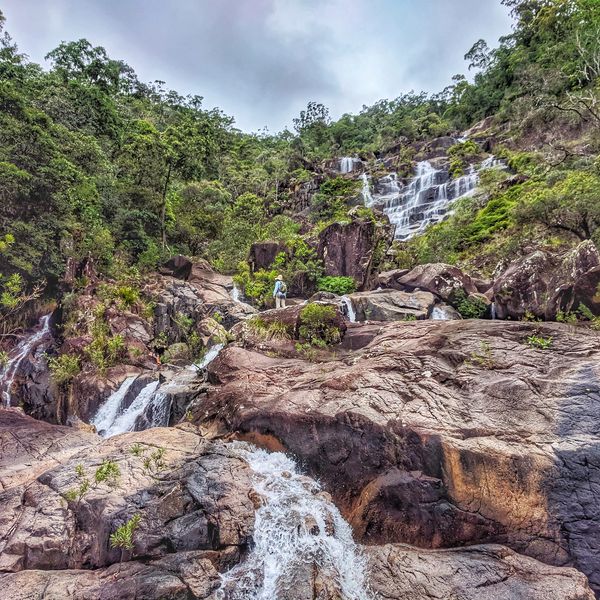 Waterfall Creek is the massive waterfall that you can see from the highway on your way back to Townsville from Ingham. It's a beautiful creek full of waterfalls, I guess that's why it's named Waterfall Creek!