The Kyll Cycle Route starts from Losheimergraben near Eifel and finishes Trier, the oldest city in Germany. You can easily return to Eifel via the Cologne-Trier railway line or continue on the Moselle Cycle Route to Koblenz. The long-distance cycle path winds its way along the Kyll River passing numerous castles as you admire the contrasting landscapes from Eifel. At the beginning of the cycle route, you experience the Nordeifel with its dams and lakes like the Kronenburger See. Through the Vulkaneifel, which is dominated by Urgewalten, it continues through the Südeifel with its typical sloped orchids and rugged rock formations of Bitburger Gutlandes.

On the section between storage station and Auw on the Kyll there is a detour of about 5 kilometers due to forest work until the end of June. The diversion is well signposted. On holidays and weekends the normal route is in use.

The Kyll Cycle Route follows the lovely Kyll river as it winds its picturesque way through the upland scenery of the Eifel region. There are few ascents to negotiate as the route mostly stays close to the river where it's flat. The lakes and reservoirs of the northern Eifel give way to the Volcanic Eifel, shaped by elemental forces in prehistoric times, as the Kyll flows through a varied landscape of hills and meadows, past cliffs and wooded volcanic peaks. Bitburg is the home of the famous Bitburg beer. Fancy a visit to the brewery?

The Kyll Cycle Route ends in Trier, Germany's oldest town, where the Kyll flows into the Moselle. Time to explore the many traces of Trier's Roman history or perhaps for a ride along the Moselle Cycle Route.

New Zealand's lakes are incredibly beautiful. With intense blue water, the most picturesque mountain backdrops and lots of activities around them, they make for the perfect holiday destination. Some of 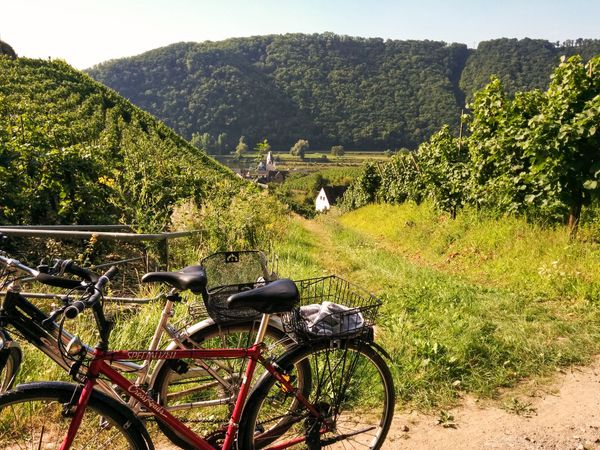 The Moselle Cycle Route, also known as "Le Chemin de la Moselle" or "Velo Tour Moselle", is a long-distance cycle path in France and Germany along the Moselle. The route