The pristine waterfalls, crystal clear waters, and ease of access to this freshwater creek are ideal for a refreshing swim. Little Crystal Creek is well-known for its historic stone arch bridge which was built in the 1930s, the cascading waterfalls and one of the best freshwater swimming holes. It's an ideal location to stop for a picnic barbecue lunch and swim.

Embrace the natural beauty of the Paluma Range National Park, the southern gateway to the Wet Tropics World Heritage Area. The mountain water cascades under a picturesque heritage-listed stone arch bridge. Its bridge is a popular place amongst the Townsville locals on the weekend; just watch out for those wet, slippery rocks covered in moss and lichen. Here you can escape the coastal lowland heat and relax in the cool mountain air of the Paluma Range.

Just above the bridge as some very spectacular waterfalls. It's also the most popular place in Little Crystal Creek and for good reasons. A perfect place to escape the summer heat by having a quick dip in refreshingly cool water. The rain forest has a good canopy so the vegetation isn't too dense. Scramble up the creek a little more to find a few, more secluded, waterfalls.

This is the most southerly national park in the Wet Tropics World Heritage Area. Tropical rainforest grows on the cooler mountain tops and in the valleys, while open eucalypt woodland covers the foothills. Casuarinas and paperbarks fringe the creeks in the lower, drier parts of the park. Bloodwoods, ironbarks, poplar gums and cocky apple trees grow here.

The upper Paluma Range and Mount Spec areas receive an average annual rainfall of almost 3m. Much of this rain comes from moisture-laden air from the sea cooling as it rises over the range. Mists are common and, in summer, the area is often cloaked in low cloud.

The present road to Paluma, Mt Spec Road, was largely completed by 1935. Construction was undertaken as a Depression unemployment relief project. Most work was done by men with picks and shovels, mostly labour intensive, with up to 180 men employed at a time. The masonry arch bridge over Little Crystal Creek was built at this time, with stone quarried from Barrett's Bluff, not far past Crystal Creek. A series of guesthouses and camping grounds were established along the length of the road during its construction. As construction teams moved slowly up the mountain building the road, they built ten tent camps. One team would work up the mountain from their camp while the other would work down to meet them from a higher camp. They would then abandon camp and move on and up... McClelland's Lookout (The Loop) was named after the Main Roads Officer-in-Charge of the construction of the Paluma Road.

Leave No Trace and Protecting The Park

As this area is very popular, we will need to be more diligent in practising our Hike It Out and Leave No Trace philosophy. Please take everything back home with you. If you find rubbish, please pick it up and hike it out. Let's take only photos (and other people's rubbish) and leave only footprints (plus a cleaner environment).

Cover photo is from Unsplash. 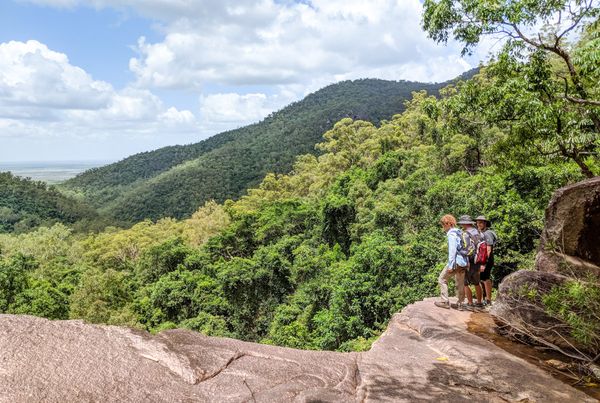 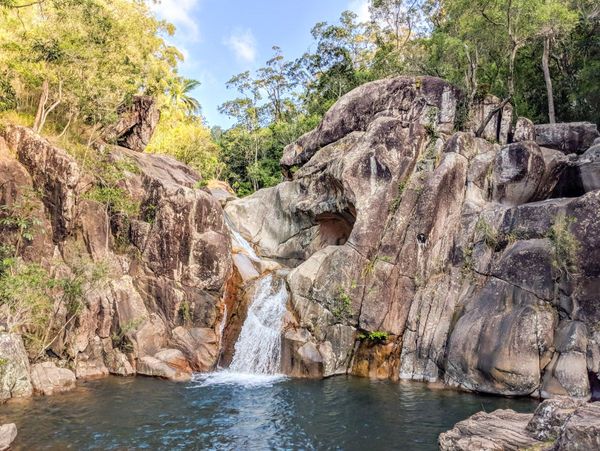