Mount Sorrow is located in Daintree National Park near Cape Tribulation. This steep ridge trail offers spectacular views from an elevation of 680 metres of the Daintree coastline, Snapper Island and shadows of the individual reefs that make up the Great Barrier Reef. This trail is for the fit and well-prepared bushwalker.

The trail starts in a coastal lowland rainforest valley and ascends the ridge featuring trees with large buttress roots and a canopy woven with large woody vines. As the ridge ascends, the trail moves into upland rainforest and the slow-growing orania palm becomes prevalent. You may even see a Boyd's forest dragon perching on a tree close to the trail. On the ridge, the vegetation is dominated by wattles (Acacias spp.). The wind-sheared forest canopy becomes lower to the ground and opens up towards the mountain summit with a variety of butterflies fluttering around.

It's not named Mount Sorrow for no reason; although this hike will have your heart pumping and feeling sorry for yourself, Lieutenant James Cook named Mount Sorrow during his 1770 exploration of Australia's east coast. Cook's exploration ran fairly smoothly until his ship struck a reef near Cape Tribulation. The Endeavour came very close to sinking but a large chunk of reef broke off and the crew covered the hole with a sail. They pumped water throughout the night and threw all non-vital heavy items overboard, such as cannons. As a result of Cook misfortunes, he named features in this area with solemn names. The Endeavour continued north to a river mouth where the ship was beached for repairs. After about seven weeks of repairs Cook sailed further north, eventually reaching Possession Island where he officially took possession of Australia. The striking of the reef off the coast of Cape Tribulation is a significant moment in Australia's history. Had the Endeavour sunk at that time, Cook may not have later laid claim to Australia's east coast.

The foothills support large-leafed, tall lowland rainforest. As altitude increases the rainforest gradually changes and different plant species appear. The dense lowland forest with vines and large buttress roots becomes more open as you ascend the ridge and the vegetation becomes lower and dominated by acacias. The leaves become smaller and the windswept canopy becomes lower and more even. On the peaks the forest has a low canopy, sheared by the frequent high winds.

Many animals that inhabit the forests of Mount Sorrow and the surrounding area are endemic (not found anywhere else) to Queensland. Some of these species include Boyd's forest dragon (Hypsilurus boydii), the amethystine python (Morelia kinghorni), the northern tree snake (Dendrelaphis calligastra) and the chowchilla (Orthonyx spaldingii).

The Traditional Owners of Daintree National Park are the Eastern Kuku Yalanji people. Their traditional country extends from near Cooktown, south to Mossman and west to the Palmer River. A rich array of plants and animals provided reliable food sources for the Eastern Kuku Yalanji as they travelled seasonally throughout the area. Understanding the weather cycles and the combination of vegetation types allowed them to find a variety of food throughout the year.

Travel approximately 100 kilometres north of Cairns on the Captain Cook Highway to the Daintree River crossing. The ferry operates 6 am to midnight every day except some public holidays or mechanical repair. Fees apply for the ferry crossing. Beyond the ferry, travel approximately 35 kilometres to the Kulki day-use area at Cape Tribulation. The road is narrow and winding so towing a caravan is not recommended.

Either park your vehicle at the small, gravel pull-off area or park at the Kulki day-use area and walk the 150 metres north along the Cape Tribulation Bloomfield Road to the small, gravel area. The signposted start of the trail is directly opposite this.

The trail starts off fairly steep and sometimes obstructed by large fallen trees. The vegetation may have a covering of dust from the Bloomfield Road for the first few hundred metres. Fan palms (Licuala ramsayi) are common in this lowland rainforest with a pandanus understorey. Several kinds of trees exhibit cauliflory, producing flower buds and fruit from their trunks, roots, and main branches. Look for the large white flowers growing on the trunk of the Ryparosa kurrangii, a plant that is endemic to the area between Cape Tribulation and the Daintree River. Take a moment and look up to see epiphytes in the canopy.

The trail then proceeds to ascends extremely steeply and is narrow in places with uneven with rocks and tree roots covering the trail surface. In this upland rainforest, cycads, bumpy satinash (Syzygium cormiflorum), and the slow-growing orania palm (Oraniopsis appendiculata) are prominent. A species of a primitive club moss (Selaginella sp.) with layers of small fern-like fronds can also be seen in patches on the ground. You now may notice that the vegetation has become stunted due to wind-shearing on the steep ridge.

The final section of the trail passes through open forest dominated by wattles (Acacias spp.). Once you reach the lookout, you are rewarded with views to the south-east. The lookout is a perfect spot to relax and enjoy the rewards of this difficult climb.

From the National Parks lookout, if you continue along the ridgeline for a 100 metres, you will come to a rocky outcrop that provides grander views southwards. From this rocky outcrops, continuing on the rough trail, will take you in the direction of the true summit of Mount Sorrow and on the trail to
Mount Pieter Botte.

The true summit of Mount Sorrow is then reached by continuing along the razor back ridgeline, past the danger/warning sign, to where it starts to ascend again. From here, you will need to head off-track, taking a left to cross a small stream. Follow the ridge as best you can towards the summit. Return via the same way. Note that the best views are from the rocky outcrop near the national park lookout.

The Mount Sorrow ridge trail is difficult and walkers need to be well-prepared. Walkers must be fully self-sufficient and ensure they pack the right equipment. 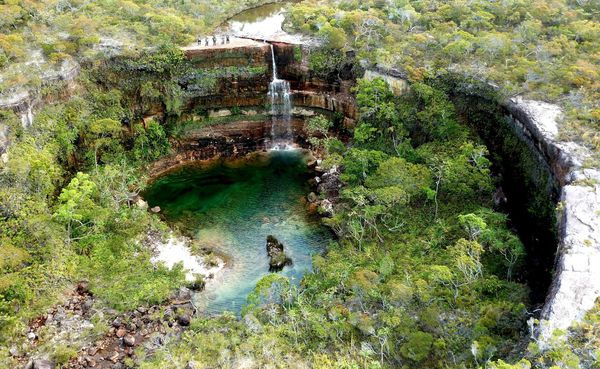 Hunter Falls is an impressive twenty metre waterfall that is located on Hunter Creek in Jardine River National Park, Cape York. The waterfall drops into a crater like waterhole which offers a magnificent swimming spot and a small, clear sandy beach for camping. 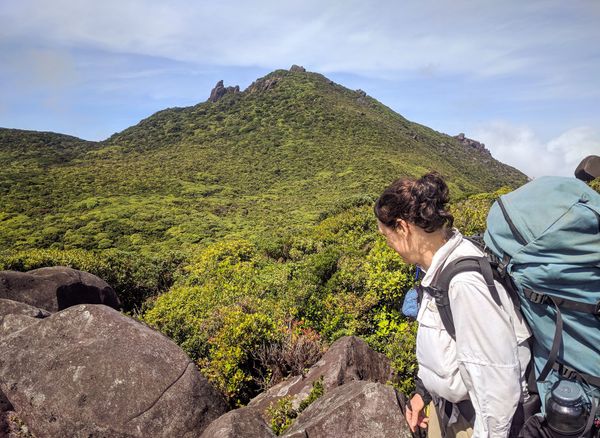 Thornton Peak is a prominent mountain that rises above the Daintree Rainforest to a height of 1,374 m. The mountain is located about 80 kilometres northwest of Cairns within the catchment of the Daintree River.