Mount Westminster Abbey rises 926 metres above sea level in the Broadwater area, near Ingham. The area is known for stinging tree, bit of wait-awhile, nice fan palms and nice ferns, with great views at the top. A large cliff at the top provides views across views of Hinchinbrook Island, Hinchinbrook Channel, and Dalrymple Gap.

In 1989, one of the Townsville Bushwalking Club members almost lost his life near the summit as large boulders gave way underneath. He fell down a cliff face and managed to survive with only a broken arm.

Plum trees banksia and Australian Fan Palm (Licuala ramsayi) line the area. This is completely off-track with the rainforest being cyclone damaged. The annual rainfall of Mount Westminster Abbey is approximately 2,118 mm with the most rain received in a day being 527 mm.

Start at Dalrymple Gap Track on the southwest end. Cross Dalrymple Creek and ascend Abby Creek to the saddle.

Note that the rocks in the creek are very slippery after drizzle/rain.

The ridgeline route is very steep. 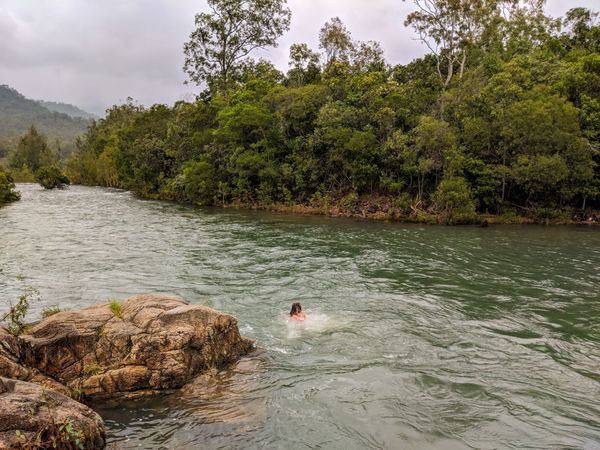 Paradise Waterhole, also known as Paradise Lagoon, is only a short walk from the Crystal Creek day-use area. Here, you can relax and unwind while the kids jump into the water and have a swim. 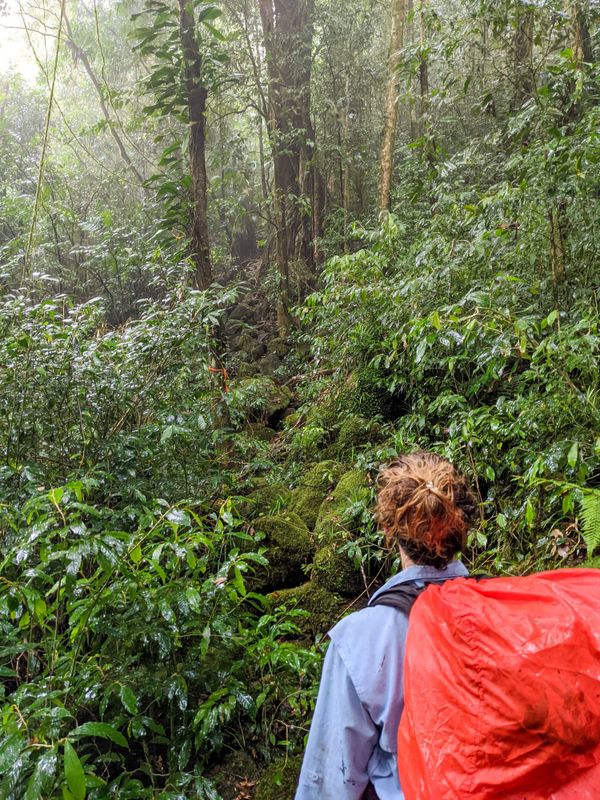 Mount Bellenden Ker (Centre Peak) rises above the Bellenden Ker Range – also known as the Wooroonooran Range – at a height of 1,589 metres and is the second highest mountain in the state of Queensland.