Don't let the name put you off. Chunda Bay, also was known as Tickle Belly Bay by the locals, is a hidden gem just south of Townsville, near AIMS (Australian Institute of Marine Science). Locals use to call the point, looking out to sea on the northern end of the beach, "The Ticklebelly". The reason was because the whales would scrape their bellies on the rocks to rid themselves of barnacles, hence the name Ticklebelly Bay. This area is also a popular fishing spot with the locals.

There are two track options: the northern track takes you rock hopping along the coast to Cape Ferguson, and the southern track takes you past a large granite boulder before arriving at Chunda Beach. Both tracks start from Cape Cleveland Road, a sealed road, and therefore easily accessible.

The track begins with a shady 1 km walk through the bush emerging at the rocky shoreline of Chunda Bay. Then, rock hop along the rocky coastline past a little bay and a lookout point to Cape Ferguson. Enjoy the coastal vistas and unique rock formations along this walk. Return the same way.

This track takes you on a muddy four-wheel drive track to a large, lovely rock – Chunda Rock (also known as Bald Rock or Elephant Rocks) – that can be seen from Mount Cleveland. This four-wheel drive track can be very wet and boggy after the wet season. Climb to the top of the rock for amazing views over the mangroves and out to the ocean. Easily accessed from the seaward side of the formation.

From Chunda Rock, the trail continues to wind through the mangroves to the long, sandy beach – Chunda Beach. The Southern Track is best walked during low tide. See how many fiddler crabs you can spot!

It is possible to link up both the northern and southern tracks by crossing the tidal sandbar at low tide. Be mindful of crocodiles near the water's edge and the estuary.

As this is a remote coastline with some mangroves, please be aware of crocodiles in this area. The seawater is stirred up and muddy – a perfect hiding place for crocodiles. So, stay away from the water's edge. 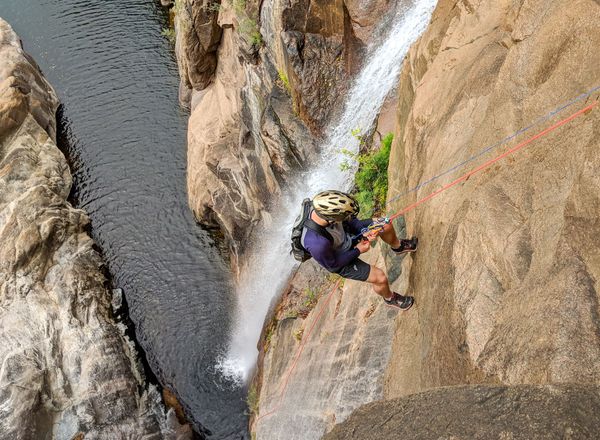 Canyoning involves a free-flowing watercourse that has drop offs, waterfalls, gorges, canyons and caves where you will be rock hopping, scrambling, jumping, abseiling and swimming. You're likely to get wet! 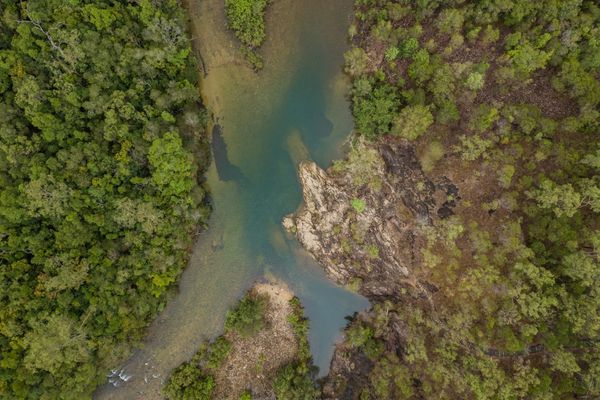 Running low on friends with swimming pools? Really sick of blowing up that plastic pool only to sit in a puddle of chlorinated water? You're in luck! However, you can't