Rumor has it that Roberts Foxlee had a falling out with Tom Andrews, also known as Bullocky Tom, and decided to cut a new track instead of using Bullocky Tom's Track. In 1903, Foxlee planned and cut the new route up to the tin mines. Phil Foxlee opened his track over an arduous route from Saltwater (now Crystal Creek) passing along the range at the lookout which bears his name and connecting with the other network at Mount Spec - These tracks were opened in the 1880-1890 period.

For this walk, I suggest you start at Paluma Dam and walk via DCK Shelter (private property) past the old mines to the start of the track. Cross the two creeks, splendid in green moss and ferns, to walk along the old mining race. The rainforest is moist and a few leeches are present. Past Garde's battery and a short steep climb up to the tin mine sites. Once at Foxlee's track junction, dawdle down the track to arrive at Foxlee's lookout - 65 minutes hike from DCK Shelter (private property).

In 1920, the Townsville mayor at the time can be seen in a photograph at Foxlee's Lookout discussing the possibilities of a housing community development in the Mt Spec area.

While you're in the area around DCK Shelter (private property), you may want to look at Buttercup lookout, another short steep climb, where many orchids, including buttercups, are on display.

Even in summer Paluma's high altitude provides a pleasant temperature for walking; it's about 7 degrees cooler than Townsville. You will hear a lot of birdlife all day as you walk through the rainforest. You may even see tooth-billed bowerbird bower and the golden bowerbird bower on the side of the Paluma tracks.

Mount Leach is not far from Foxlee's Lookout and is just off the track. However, it's just a hump in the rainforest with no views to see. Some navigational skills are required to

This hike can be done in a circuit via connecting it up with Bullocky Tom's Track. - contouring around the base of the range to link the two trail which is entirely off track and excellent navigational skills are required to link the two tracks. 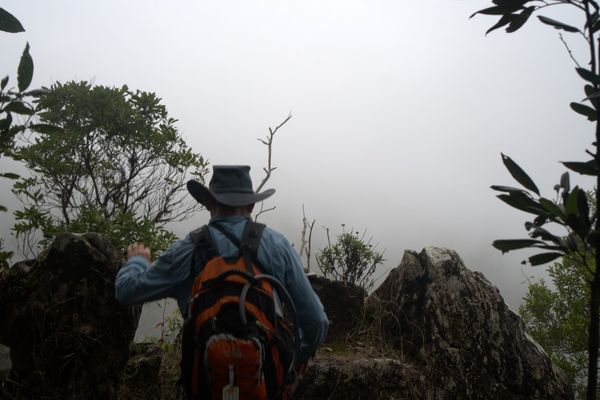 This track takes you from Paluma Dam all the way down to Ellenore Creek next to the Bruce Highway. It passes through an old tin miners property where you can still see a few old bottles laying around. 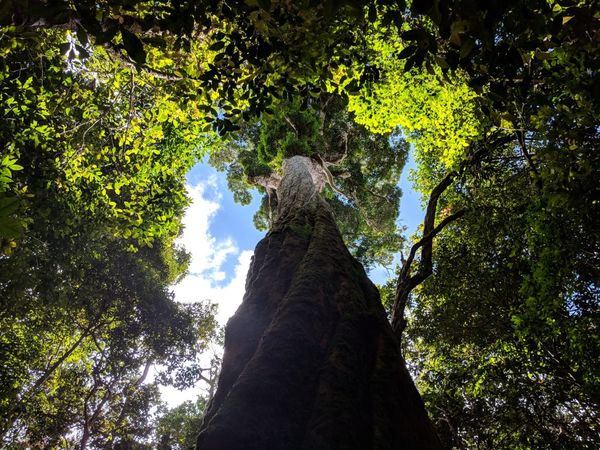 This track takes you from Paluma Dam all the way down to Paradise Waterhole, Crystal Creek. It is named after Thomas Edward Andrews who was born in 1848 in Wicklow, Ireland. He made his home at the junction of big and little crystal creeks and provided supplies to the tin miners near Paluma Village.