A Wolfram mine, not to be confused with the former wolfram mining town west of Cairns, was a tungsten mine at the base of Paluma near Wolfram Creek on Mt Spec Road. The first discovery of tungsten (as wolframite, known locally as wolfram) at Ollera Creek (also known as Clerk Creek) was in 1895 and was being worked for bismuth and molybdenite.

Henry Bell established a store near Ollera Creek, Moongobulla in the 1890s. His sons operated pack horse teams back into the ranges. Hundreds of men walked into the Range with stores and tools on their backs. It was an area of loneliness and privation. Bells Track goes up the range to the wolfram mines and is thought to be named after Henry Bell. The track from Mt Spec Road may not be part of Bell's Track.

Mining for wolfram was recorded at nearby Saltwater Creek (now called Crystal Creek) in 1898. Wolfram really only became payable after 1900. In the early 1900s, a ten-head battery was crushing at Ollera Creek. Alluvial deposits were worked in the early years, then lodes were mined. In this area, wolfram is:

There was a new rush at Ollera Creek in 1904, with over 200 miners working for wolfram in two main mining camps. One mine on upper Ollera Creek (~36 m above sea level) had about fifty men working it. The main mining camp was on the eastern branch of Saltwater Creek (now Crystal Creek).

In 1905, a township (now Moongobulla) was surveyed and a tender for the construction of a school was accepted. The year 1905 was the peak of the boom for the whole district, with mining for all minerals declining after that. The mining of wolfram and associated metals was wiped out by a slump in prices in 1920. Some small-scale operations resumed from 1937 to 1957, but total production of wolfram for these twenty years was only 81 tons compared with more than 400 tons from 1903 to 1920. Reference "Paluma The First Eighty Years"

The two main underground mining tunnels are near the old hut, still with the original wooden supports. These tunnels have air vents that rise perpendicularly to the surface which supplied the miners with fresh air.

The mines are unstable and partially collapsed and are no longer safe to enter. Also, as this is an old mine site, you must be wary where you walk as there may be open mine shafts around this area. Please use caution when around mines.

How to get here

Head up the Paluma Range towards the township via Mount Spec Road. Halfway up the road to Little Crystal Creek Bridge is Wolfram Creek. If you look closely, you will be able to make out a overgrown road off to the left just before the creek. Park your car off the side of the road just past this turnoff.

Continue along the old dirt road to find the mines. Its best done after the area has been burnt off in the cooler months of the year.

There is also wolfram mines near Miners Creek on the Bluegum Circuit.

What to see in the area

In this area are the old abandon tin, molybdenum, and tungsten mines named: Birthday Gift Mine, Kandover Mine, Greenhouse Mine, No 1 Boundary Mine, Sea View Mine, Better Lick Extd Mine, Lucky Fern Mine, Fernery Mine, Wolfram King Mine, Bonnie Jean Mine, Erskins Mine, Surprise Mine, Little Sailor Boy Mine, Bells Wolfram Prospect, Belle Vue Prospect, and Wild Irishman Mine.

Here's an interactive map of the area with points of interest marked.

We would like this historic site to be remembered, and we would like the relics and artefacts to stay at the site and not fall victim to collectors and trophy hunters. There are few places remaining like this in Australia, let alone the world, to explore that have not been pillaged. There is no reason to remove objects from any of these sites. Please be responsible, respect the history, and respect the importance of this site for future generations. Take photos and leave only footprints. 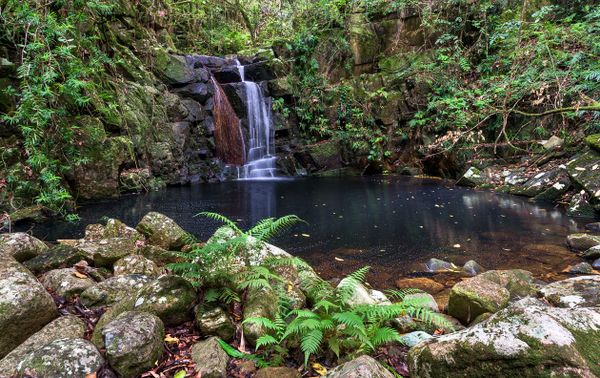 This track is on the south side of Paluma village and is an easy day walk that takes you on a loop down into Star Valley. It takes only one hour from the 'H-Track' to get to what is locally known as Triple Falls. Enjoy the waterfalls and maybe even a refreshing swim before continuing on the circuit. 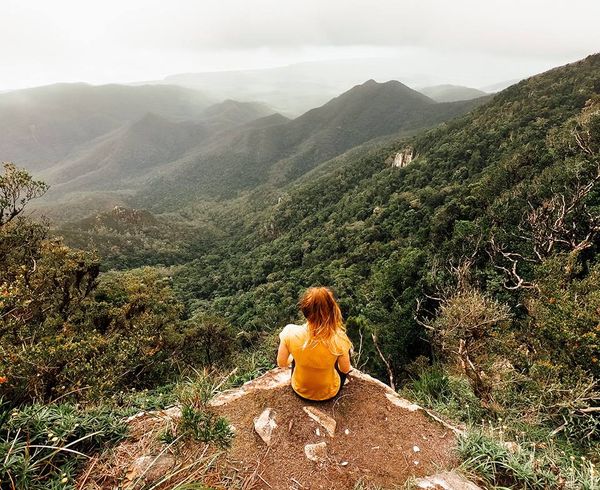 Mount Halifax is the highest (1,063 metres) and most prominent peak north of Townsville on mainland Australia until you reach the Tully area. Summiting Mount Halifax is strenuous, and you will need to be fit to do it. However, it is definitely worthwhile.