The Bowling Green Bay National Park (near Townsville) is a southern outlier of the Wet Tropics bioregion and has rainforest growing at its summit as well as along the various creeks.

Hiking to the summit of Mount Elliot (1,218 m), Bowling Green National Park is best done as a two-day trip to fully enjoy the summit and camping overnight in the rainforest. Though several people prefer to do it in one day.

Alan Simet, a well-known adventurer in his 80's who has summited Mt Elliot 39 times throughout his life, believes that the easiest and prettiest way to get there is via the Terraces. While a few members of the old Townsville Bushwalking Club members prefer the North Creek ridgeline route. Others have said the Alligator Creek route is the easiest.

We started at Mountain View Lake Eco Park (where the Palm Creek Folk Festival is held) and rock hopped up via the "Terraces" (St Margaret Ck), past "high camp" as far as we could, taking one right fork, until we hit a massive cliff and waterfall, from there we climbed up to the right and along the ridgeline and then up onto the flat summit. We ended up camping up a few hundred meters away from the very peak because it was getting too dark to go on and we didn't want to walk with our headlights this time.

In the morning we made our way to the summit. Not much of a view, as expected, but the creeks are spectacular. The top is still battle damaged from Cyclone Yasi which makes it slow going as the vines have overgrown patches south of the summit.

After that, we headed down Alligator Creek going bush at the top of the alligator creek falls and back down into the creek and along the walking track, seeing wild horses and a kite along the way.

In the 80s and 90s, this route was a popular and one of the easiest ways to the top of Mount Elliot with the Townsville Bushwalking Club. You simply walked up to the saddle between the two peaks and turned right. There was once a rough route up the ridgeline to the summit of Mt Elliot that was put in by Stefan Aeberhard.

Start at the recreational area at Alligator Creek to the base of the Alligator Falls, followed by a steep climb up the falls. It's an easier way to overcome the initial steep climb to 500 metres that surrounds the whole mountain than coming from Cockatoo Ck. However, Cockatoo Ck is more interesting than climbing the grasslands around Alligator Creek Falls. If you do summit Mt Elliot from Alligator Creek, there is a massive patch of wait-a-while well above to main falls which you will have to cut your way through.

Some hikers, like Stephen Donaldson, have walked partway up Alligator Creek before taking the ridgeline the rest of the way. You can still see a rough path from when the rough trail was made in 2006.

The crazy way to summit Mt Elliot is via cockatoo creek. Follow the creek up past cockatoo rock (a monolithic looking, huge rock above the exit of cockatoo gorge) and then up the ridge towards the summit. There are HUGE boulder fields near Cockatoo Ck that make this journey interesting.
TIP: Overnight on a bare rocky place called Cockatoo Rock. Then enjoy views of the Burdekin at about 1000 metres.

Major Creek and Cockatoo creek form a straight line and cut the massive mountain into two. The valleys are filled with Lantana and Lawyer Cane. Be extra prepared when hiking from this direct and allow several days.

Via the Shoulder ridgeline

The shoulder can be approached via several routes. From the shoulder, follow the main ridgeline to the summit.

Here's an interactive map of all the routes

The riverine leaf-tailed gecko (Phyllurus amnicola) is endemic to the boulder-lined creeks of Mt Elliot at altitudes above 400m above sea level. Mt Elliot and its entire mountain range is also home to two other endemic herptiles; the skink (Glaphyromorphus clandestinus) and the southern-most occurring Australian microhylid frog (Cophixalus mcdonaldi). These three herps lie within the boundaries of Bowling Green Bay National Park.

Mt Elliot is also home to a special crayfish species that only live here and nowhere else in the world. (Euastacus bindal) is a small ~3cm crayfish only found above 850m altitudes on Mt Elliot. That is its natural range. It is a relic of previous climatic eras when the region was cooler and wetter. It only likes cool water so is confined to the mountain top. Unfortunately, this means that climate change (warmer water or drying creeks) makes it especially vulnerable. For this reason, it is listed as Critically Endangered under the federal government EPBC Act (Envt Protection and Biodiversity Conservation Act) and Vulnerable under the Qld government Nature Conservation Act. There is no recovery plan in place for this species because there isn't anything specific they can do to protect it from the issue that threatens it most – climate change.

Basically, they were only described 30 years ago and we know virtually nothing about them. There are several other related Euastacus crayfish species that are in the same predicament (only exist on 1-2 mountain tops) in north, central and south Queensland. The whole group are a relic from previous climatic eras. 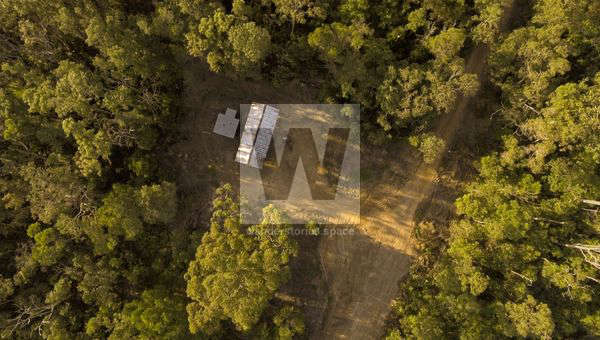 This track goes along the old Bluewater Forestry Road to the Paluma township. On the south side of the range it follows the Bluewater Range Track. It is currently overgrown and disused. 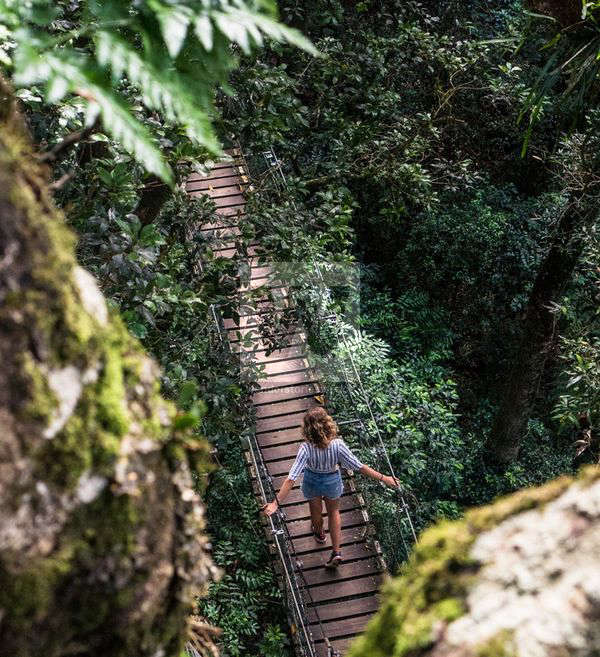